Registered User
Back in 2016 I found a cheap Micro Technical MkIII on ebay for £70 the bonus was it also came with a parts camera, almost completely disassembled. As far as I could see all that was missing was the back. I bought a cheap MkVII with a lens a few weeks later with issues but raided the parts box and had it fixed in a few minutes also taking teh spare focus hood for it. 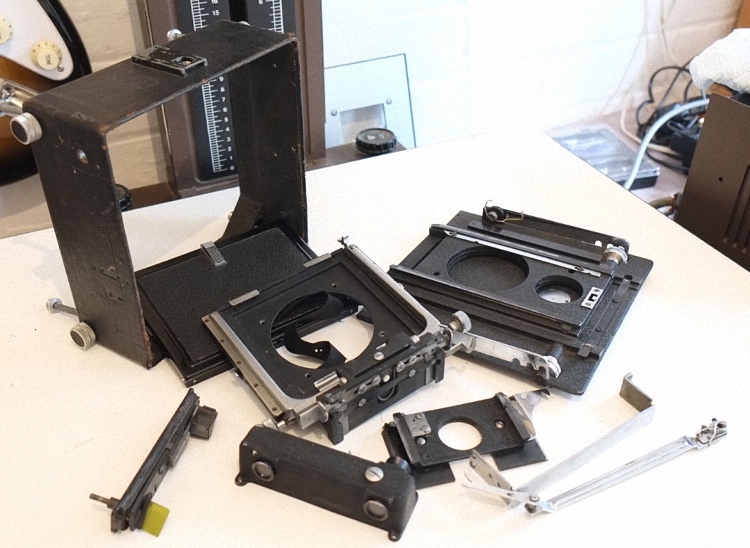 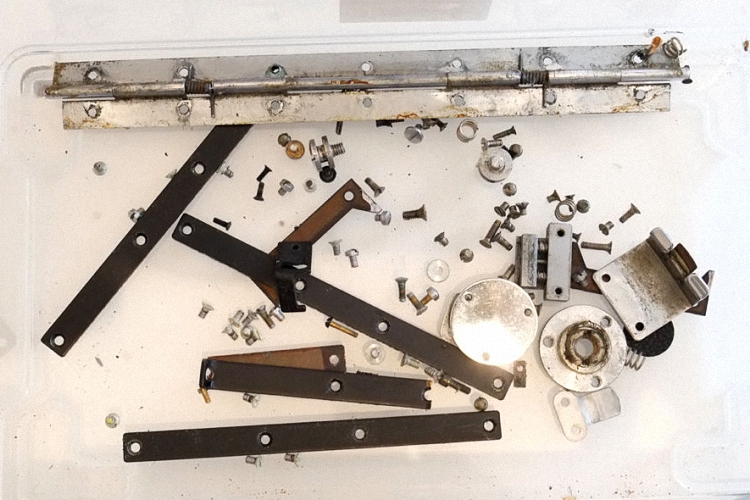 The parts sat in a drawer until two days ago, I had found a back at a camera fair later in 2016. First I stripped off the covering which was in bad condition and some bits missing. Then I recovered the body and drop bed/door with a dark blue material and re-fitted the door hinge. Finally I re-assembled the camera, glued the bellows to the back.

What was apparent was there were a few parts from a third Micro Technical, there are extension rods for the optional focal plane back. The bellows were a different rear fit, so needed reinforcing and very slight repair. I still need to find a fitting for a carrying strap as I've only got one, and I've not repainted the rear sight. But aside from that it's now fully functional. 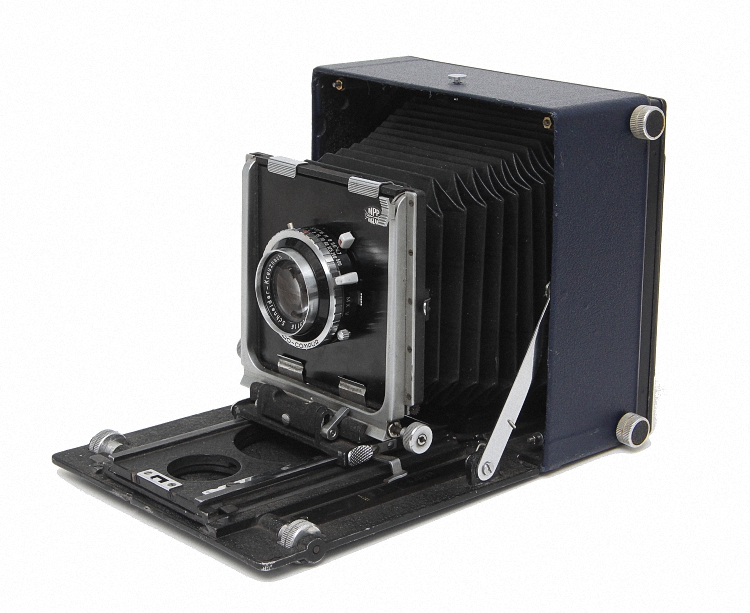 The restored MkII with the other MkII and a MkVII.

Registered User
I do not shoot LF cameras, but that looks beautiful. Well done for giving that old camera a new lease of life.
You must log in or register to reply here.
Share:
Reddit Pinterest Tumblr WhatsApp Link
Top